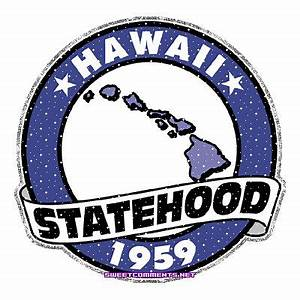 Today Hawaii celebrates becoming the 50th State in the Union. Hawaii was admitted to the United States on August 21, 1959. Dwight D. Eisenhower signed into law a statute that dissolved the Territory of Hawaii and established the State of Hawaii as the 50th state. Hawaii still remains the most recent state to join the United States. Becoming a state provided several benefits to Hawaii. They would now have representation in the Senate and a large representation in Congress. They could now vote in Presidential elections and receive benefits such as healthcare. It also helped to move the economy forward!