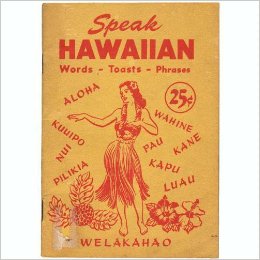 Kahakō: The kahakō, is a diacritical mark, or macron, used in the written Hawaiian language. It is used to indicate an elongated vowel sound. This is one of two symbols used in Hawaiian along with the ‘okina (see April’s newsletter). The kahakō is a single horizontal line written over a vowel. Unfortunately, many signs and written text omit this important symbol because of limitations in printing technology. The kahakō over the “o” in the word kahakō probably will not appear correctly in this text due to browser limitations so we have included a picture of it below.

A vowel with the kahakō over it is drawn out as though there are two vowels in a row. The word kāne (has a kahakō over the “a”) for example, which means “man” is pronounce Kaaaah-nay. It may sound odd to English speaking people to draw out a vowel like that, however, that is the proper way to pronounce a word with the kahakō.